Glow Recipe is a K-beauty inspired clean skincare line that could best be described as fruity fun. Started in 2017 in New York, Glow Recipe shot to fame with their watermelon skincare and later on their viral Glow Recipe toner. From a watermelon sleeping mask to avocado eye cream and banana soufflé cream to plum serum, Glow Recipe has added a fruity twist that’s as skin-beneficial as they are addictive. One thing you must know before you buy Glow Recipe, especially if you must use completely clean products for health reasons, is that Glow Recipe does use a small % of fragrance in most of their products. Having known Glow Recipe for years before they became the Glow Recipe of today, I’m excited to finally share my honest thoughts. I’ve tried nearly every product in the Glow Recipe line and I’m sharing the best and worst Glow Recipe products in this Glow Recipe review. I’ll be sharing my favorite and least favorite Glow Recipe products in this review, but first a little on the story behind this mega popular brand. I’ve actually known Glow Recipe from their very early days when they first became known through appearing on Shark Tank to pitch the idea of Glow Recipe. In the beginning years Glow Recipe was a small startup funded by the young founders who were former colleagues back in Korea. They launched Glow Recipe as a K-beauty online store selling skincare products from Korea that weren’t easily accessible in the US. Fast forward a few years and Glow Recipe launched their first namesake product, the Watermelon Glow Sheet Mask (now discontinued), and it caused a frenzy selling out multiple times.

Today, Glow Recipe brings in multiple 7 figures annually and is sold at Sephora stores. The Glow Recipe founders Sarah Lee and Christine Chang utilize the Korean skincare industry’s know-how with actives popular in the US (niacinamide, acids, retinol) to make fruit-powered skincare for all. I want to point out that Glow Recipe is not an organic or 100% natural skincare brand. Articles on the web saying so are misleading. They do use synthetics in certain products and many Glow Recipe products contain fragrance. The artificial scent is very noticeable to me, and I don’t understand why they add this in when natural scents are so much more enjoyable than fake. If you’re looking for certified organic Korean skincare, my go-to brand is Whamisa.

Here’s what Glow Recipe states about their fragrance:

We formulate using the minimum amount of fragrance, when needed, to create a sensorial, enjoyable skincare experience. Fragrance is always less than 0.5% of our formulations, and all fragrances are vegan and free of PCM compounds, acetone, and much more.

There is one more thing about Glow Recipe that doesn’t sit quite right with me, and it’s that for a Korean American brand, they do very little to uplift Asian American voices. You can tell by scrolling through the Glow Recipe Instagram that the influencers they choose to work with (and actually pay) are not Asian American. In fact, there’s hardly any Asian representation on their social media. It’s clear which demographic they value most. I find this unsettling, especially during a time when violence towards Asian Americans is at an all time high due to the pandemic. For a major global brand that is strongly rooted in Korean heritage and inspired by K-beauty, Glow Recipe can and should do better to showcase Asian faces and uplift AAPI voices. I love how Cocokind, another Asian American founded brand, hires Asian Americans  into their social media team to be the face of the brand and redefines the beauty standard in their own way for their community. So that’s my TED talk for today and now onto my Glow Recipe review. The Watermelon Glow PHA BHA Pore Tight Toner is the perfect marriage of hydrating and exfoliation. If you find acid toners too drying, the Glow Recipe toner is the ideal solution. The Watermelon Glow PHA BHA Pore Tight Toner begins in a base of cactus water and has plenty of additional hydrating ingredients like Watermelon Extract and Hyaluronic Acid high up in the ingredients list. It’s a bouncy liquid that feels denser than a typical toner but still is lightweight. I find the scent very sweet and slightly herbal with a hint of cucumber. It’s hard to find a hydrating mask that I like, but I was immediately taken with the Glow Recipe Watermelon Glow Sleeping Mask. It’s a hyaluronic acid mask with a goopy consistency and super silky texture. I love slathering this mask on as a moisturizer replacement. Other than fragrance, The Glow Recipe Watermelon Glow Sleeping Mask has a very clean fruit-filled ingredients list with extracts of Watermelon, Pumpkin, Banana and Pomegranate and actives like hydrating Hyaluronic Acid and pore refining AHAs. • Multi HA has multiple molecular weights in one ingredient, and forms a 3-D sponge like film to hydrate each layer of your skin Neither heavy nor lightweight, Plum Plump Hyaluronic Cream falls somewhere in the middle and sinks in quickly.

A major plus is that Plum Plump has the most sustainable packaging in the Glow Recipe line with a refillable pod that you can replace without having to buy a whole new jar. Unfortunately I wasn’t impressed by the Glow Recipe eye cream. While it’s very thick and moisturizing, I did not feel it was anything more than a heavier moisturizer. I would personally prefer an eye serum as serums are specially formulated to penetrate and deliver actives. So either something that’s able to penetrate or the other extreme of an eye product that is extremely rich like an eye oil or balm. As someone approaching their mid 30s, this eye cream is just not something I would pay money for. Watermelon Glow Pink Juice Moisturizer is a lightweight gel moisturizer made mostly of watermelon fruit juice that really does feel like you’re applying juice to your skin. Watermelon Glow Pink Juice Moisturizer feels more like a serum or even an essence than a true moisturizer. While it feels very hydrating I would prefer to leave these consistencies for my serums, toners and essences and lock them in with a thicker occlusive layer. Glow Recipe’s first skincare makeup hybrid product, Watermelon Glow Niacinamide Dew Drops is a highlighting serum, formulated without mica, glitter, or pearls. This serum feels a little thicker than the Pink Juice Moisturizer  and it also contains many more synthetics than Glow Recipe’s other products which are more natural. I think it would be better to just apply one of Glow Recipe’s serums or moisturizer that have a high percentage of fruit juice and apply an organic highlighter for the same effect. I don’t really have anything bad to say about the Blueberry Cleanser. It’s a straightforward clear gel cleanser that does its job and feels hydrating. I’m not a fan of the fragrance in it especially as I take the most time cleansing out of any step in my skincare routine. 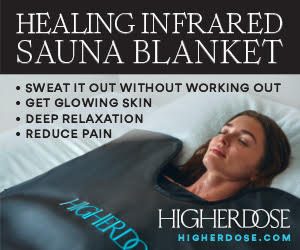 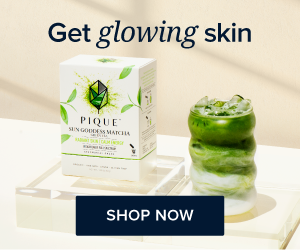 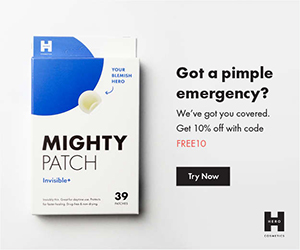